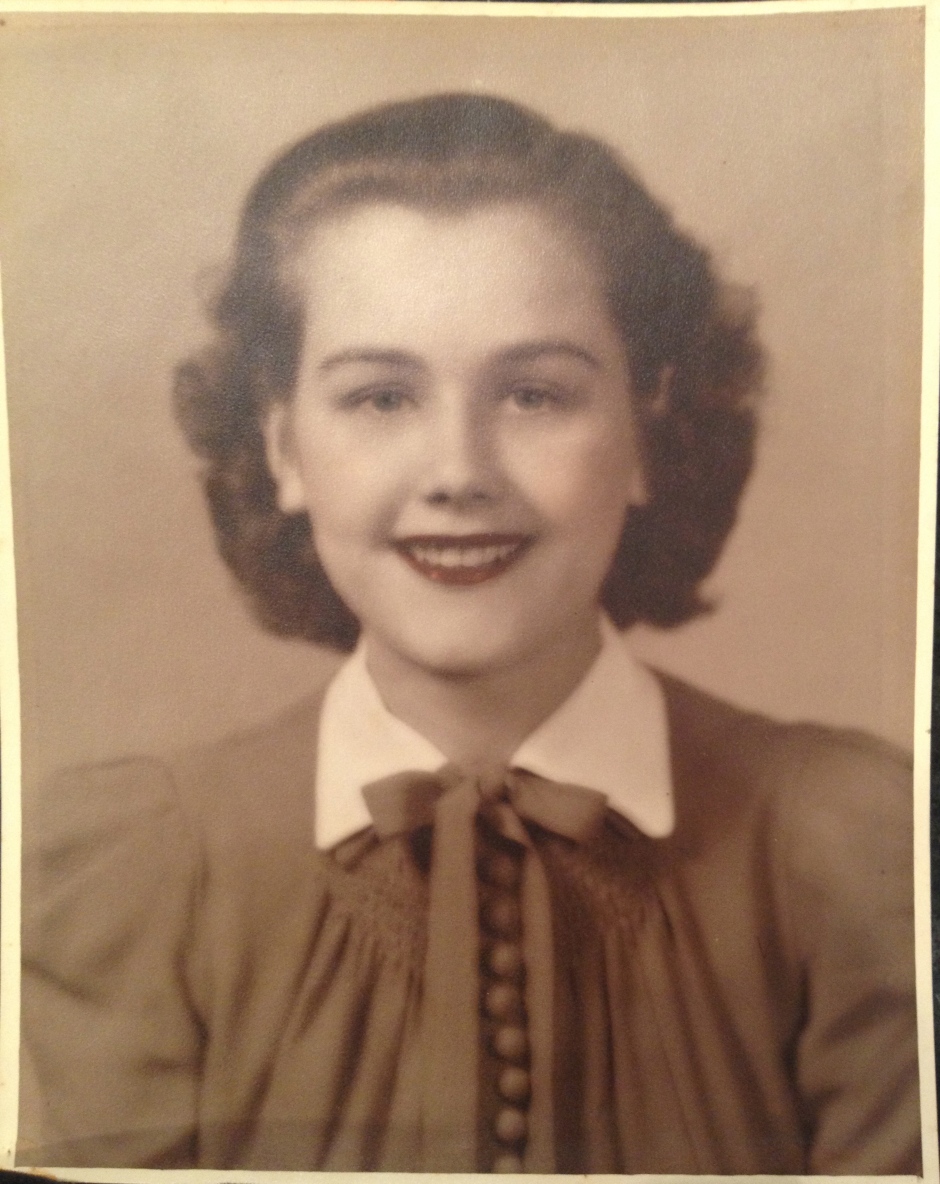 All week, I’ve been noodling over a proper way to honor my mother on this March 21, 2019, the day she would have turned 100. I hate to repeat myself, or post photos I’ve likely used before, just because for my family this is a noteworthy day. But it does seem significant, the centennial. When early this morning, before my second cup, my daughter launched a group family text from New York, I thought, hmmm, she nailed it, and with little more than a string of emojis. Who needs words? Emma gives a crisp and warm tribute to “Joe,” the grandmother she respected and adored. 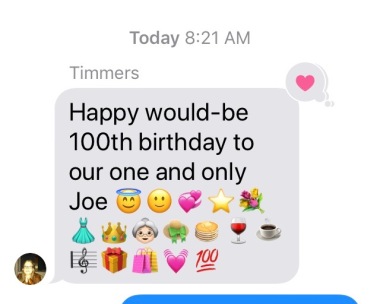 Then again … for those who still love words the way Joe did, perhaps a brief concordance is in order: Not exactly an angel in life, my mother, a devout Roman Catholic, certainly wears the loveliest of halos now, in one form or another. A woman worthy of swirling hearts? Absolutely. A charmer who loved to dance to the likes of Glenn Miller, she had her share of romances and enjoyed them every one, but once she settled down (at 22 no less), she was a loyal and caring partner to my father for 63 years. A superstar? Yes, Joe was, if a quiet one, as the characters that follow the star aptly suggest. Flowers … give her an old cut glass vase and she could bring out the best in simple back yard blooms. And, ah the little blue dress. Had she lived in another time or birthed fewer children (i.e. me), my mother had a shot at being the next Dior. Her sewing machine was her creative outlet and her family’s delight, as my sister and I and Emma herself can attest. At 81, Mom created for her a flower girl dress to wear in my nephew’s wedding that was elegant and sweet, just the thing for a six-year-old .

Next a crown … Was Mom the Princess to my father’s Prince? Indeed she was, bejeweled and beloved. And of course she became an old woman, a grandmother. If not doting, she was affectionate, full of pride and love for her twenty-five grandchildren and great-grandchildren. Still, my mother did not go gentle into that good night. I honestly don’t think she ever thought of herself as elderly, and though her stubborn resistance to things like wheelchairs and retirement homes brought her unnecessary heartache and her family endless frustration, maybe her stolid resistance to accepting the concessions of age was what kept her young-ish for so long.

A wearer of Easter hats, and yes, addicted to black coffee. A better piano player than she gave herself credit for, she was an admirable consumer of wine if not a connoisseur and a great fan of gifts, both received and given (accompanied by makeshift cards, always signed with love). Shopping! Boy did she love a good bargain, but the coup de gras of my daughter’s emoji-esque tribute? It has to be the stack of pancakes. A half-hearted cook otherwise, my mother made a damn good pancake, so light and fluffy we generally ate a few more than was advisable. Well into her nineties, she continued to host her in-town family for Saturday morning breakfast. Even on days she burned the bacon and stirred cornmeal into the batter when she meant to use flour, we wolfed it all down. 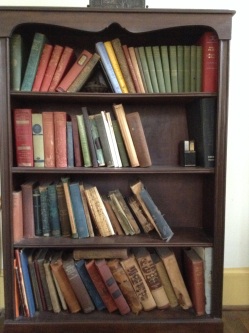 A couple of emojis I might add to my daughter’s thread … the jet plane, and the stack of books. A wannabe travel agent and a devotee of museums, ancient cathedrals, lush English gardens and French chateaux alike, my mother taught me that travel is the best learning tool we have, with reading a close second. She devoured books, and collected everything from Henry Kissinger’s memoirs to Virginia Woolf’s novels. For that legacy, with apologies to Marie Kondo, I am most grateful.

My Stats page tells me this is my thirtieth post in the Attic, thirty in about four years, though apparently I’ve shared nothing since last March. Maybe that’s a sign. Maybe it’s time to wrap it up. Lord knows (and as this post surely proves) I have repeated myself, circled around the same themes often enough. I won’t archive the site just yet, but I’m at work on a few other projects now. With luck, I’ll be able to share these one way or another before too long.

Those handy Stats also tell me upwards to six thousand folks have been kind enough to visit the Attic over its lifetime. They–you–have given my posts over ten thousand views. Thank you. Thank you for stopping by. Thank you for sharing the strangeness and laughter and joy and sorrow that come in the wake of losing a parent, no matter how old or young.

My grandmother, pictured with my grandfather and my mother at about a year old. 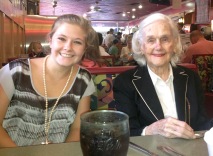 Emma and her Joe

My parents and I, Fernandina Beach, Florida, circa 1966

Birthday girl, plus a few grands and great-grands 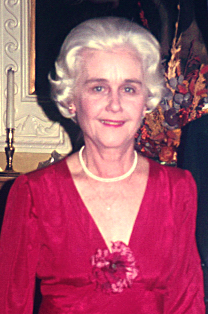 Joe wearing one of her homespun dresses